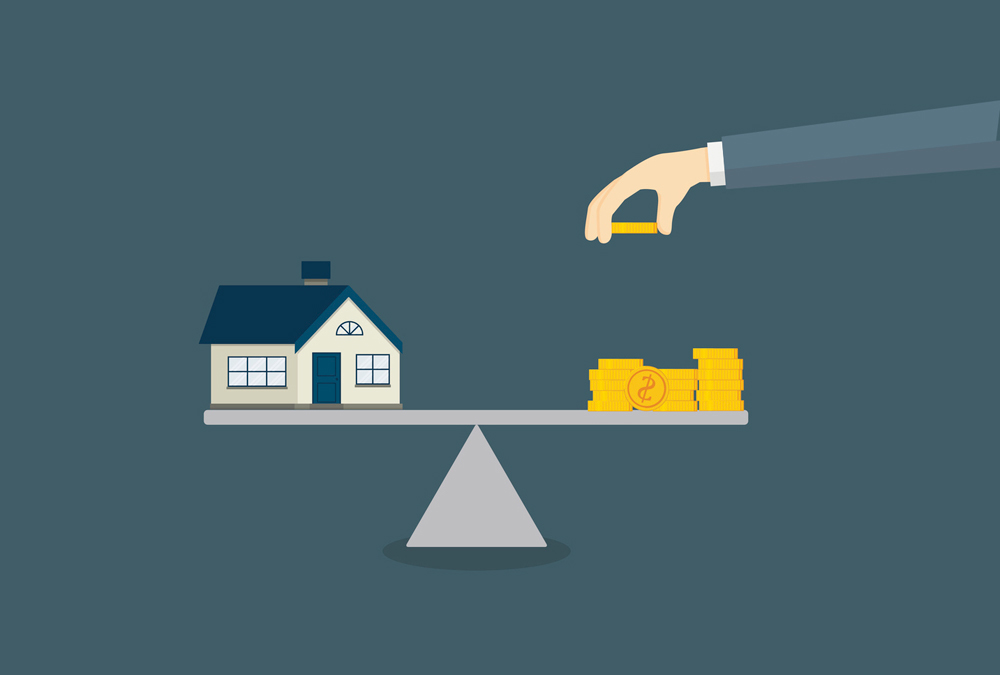 So said Ken Johnson, a former realtor and real estate economist at Florida Atlantic University in a December 2017 Columbus Dispatch article, Jim Weiker’s On the House: Renting can pay off if you invest the savings.  By comparing home ownership and rentership scenarios in two separate studies in 2012 and 2017, Johnson and his associates found that across a variety of markets, renters who invested the funds they would have spent on purchasing a home came out ahead in terms of accumulating wealth. This is a critical issue for empty nesters considering downsizing their residential situation.

Increasingly, downsizing Central Ohioans are jumping on the rental bandwagon. Columbus apartments in downtown and central city neighborhoods have garnered strong support from empty nesters, many of whom live alongside Millennials the age of their children. And older renters want the same things their younger counterparts do, on many counts. Freedom from maintenance, proximity to vibrant neighborhoods, and the ability to pick up and move if they choose.

But, national studies have shown Millennial renters are willing to part with a greater percentage of their income for living expenses. And while Millennial renters are just beginning their careers, older renters are looking at retirement and increasingly fixed incomes, and desire more control over their living situation. The large percentage are former homeowners who see the value in renting. Johnson’s study shows that disciplined savers who reinvest returns on their investments can rent and come out ahead financially in the long-term.

Johnson and associates Eli Beracha of Florida International University and Alexandre Skiba of the University of Wyoming revisited the 2012 study conducted by Johnson and Beracha. Their second look in the summer of 2017 found overall, renting and investing yields higher returns in a booming housing market as well as in the long term.

Johnson, Beracha and Skiba examined 23 different scenarios in as many markets, creating models that used reasonable market-specific variables as well as benchmark figures. The models considered mortgage terms, down payments, closing costs, annual property taxes, appreciation, maintenance and insurance costs. In most cases a benchmark down payment of 20% of the total home price was used. They assumed renters would invest that 20% down payment that they would have spent on a home purchase, plus an average 2.0% closing cost. They also assumed one critical behavior: that renters would reinvest the money they saved on a monthly basis.

“The keys to coming out ahead are saving and reinvesting,” said Johnson.  “Renters must invest money they would have otherwise spent buying, paying off and maintaining the home. Renting and not saving is the worst possible combination for growing your bank account,” Johnson stressed.

The 2017 study can be found in the Journal of Housing Research Vol. 26, Issue 1 (2017) published by the American Real Estate Society.

After living their working lives raising families in their own homes, empty nesters and retirees considering downsizing are often reluctant to rent, viewing it as a rejection one of the basic cornerstones of the American Dream. Mark Coffey, CERTIFIED FINANCIAL PLANNERTM with Summit Financial Strategies, based in Central Ohio, noted “traditionally, the concept of home ownership has been drilled into people’s minds. The subject doesn’t come up often with my typical clientele, but when it does, it’s most often by those who have a home in a retirement community elsewhere.”

Coffey commented that these clients opt to rent rather than purchase for just the reasons outlined in the Journal of Housing Research article. For example, retirees with a primary home in a retirement community in Florida who have children living in Central Ohio might be attracted to senior apartments in the Columbus area.

This is the case with some of the first residents of Hawthorne Commons, Treplus Communities’ debut 55+ apartment community in Dublin, Ohio. A couple with a permanent home in Florida have chosen to rent at Hawthorne Commons, which offers age-restricted luxury apartments with open floor plans and attached garages. The couple has children in Central Ohio.

Treplus Communities, a developer of senior apartments, is rolling out this concept in several other suburban areas around Central Ohio, banking on the fact that empty nesters will see the value renting offers. Their senior apartments are not retirement communities, but an important piece of Treplus’ concept focuses on delivering greater freedom from maintenance and greater financial rewards to empty nester renters age 55 and older in the short and long term.

Hawthorne Commons opened in November 2017 and is designed to meet the lifestyle and financial needs of downsizing 55 and older householders who want luxury apartments with single-story living and open floor plans. The one-and two-bedroom apartments have easy access, Universal Design features and attached garages. The typical resident profile for these senior apartments are those with net worth of $300K to $400K and average annual incomes starting at $75K.

Mark Coffey noted that the concept of “right sizing” is important when considering options for living space in retirement.  “People need to figure out exactly what they need. Do you need a three-bedroom place just because once a year you have someone staying at your house for a week?” With spacious one- and two-bedroom apartments (some which include dens), the designs of Treplus senior apartments fit the space needs of the majority of retirees and empty nesters. Units range in size from approximately 1,200 to 1,600 square feet.

Additional Treplus senior apartment projects are in the works for Pickerington, Delaware and other Central Ohio communities. The concept is described in further detail in a November 2017 Columbus Dispatch article: On the House: Builders are betting boomers want to rent.

As large and diverse as the baby boomer generation is, there are bound to be a variety of scenarios under which renting is an attractive option. Developer Ann Arthur Cook commented that initial support has for Hawthorne Commons has been “incredible” and she and her sister and co-developer Jane Arthur Roslovic said the age-restricted luxury apartment property’s first few tenants have diverse lifestyles, and some do not necessarily fit their typical target resident.

Upper Arlington resident Joyce Cahill, a 61-year-old nurse, is sold on the concept, but for a far different reason. She sold her home after being diagnosed with cancer, and is not interested in buying a condominium or entering a retirement community.

Gary Black and April Valenti, both 69, were also sold on the Treplus concept when downsizing from their large home in Circleville. “We originally looked at condos, but at this point in our lives, if something happens to one of us and the other is left, they would have to downsize again and sell it. Now, we don’t need to do that.” Black commented he thinks a lot of people in Columbus will be seeking a senior apartment concept like Hawthorne Commons.

Condominium Ownership Can Be Riskier than Renting

Developers Cook and Roslovic say they have received pushback from downsizing seniors who say they won’t consider renting. Coffey said “Many people are under the mistaken impression that their home is an investment. It is a lifestyle asset that costs them to maintain every year whether or not they have a mortgage. For certain people, owning doesn’t make a lot of sense at this point in their lives. Often, people have the wrong size property relative to their needs. It’s important to try and look at the home as a reflection of lifestyle. Further, “in a home ownership situation, things degrade, erode, and have to be replaced.”

According to Coffey, it is important to consider deferred maintenance when purchasing a condominium, particularly within an older building. He noted that even in condominiums, which pitch themselves as “maintenance-free,” there are necessary capital improvement projects that involve costs to the whole community. These costs vary between communities, as do monthly fees. They are, noted Coffey, “BIG unknowns. And sometimes new condo owners end up having to make up reserves for deferred maintenance issues.”

In Central Ohio, upscale condominium communities can have monthly HOA (home owner association) fees of well over $1,000 per month. High HOA fees are often reflective of the need to maintain older buildings, and buildings with expensive infrastructure such as elevators in high-rise buildings. These expenses are the responsibility of condominium owners, in addition to their monthly HOA fees for regular maintenance and services.

“In theory, homes should appreciate based on supply and demand. In recent years, home prices increased at a rate greater than inflation but that does not mean they will always appreciate every year. Just look at what happened to home prices during the housing crash of 2008,” said Coffey. “Because of market risks and costs associated with buying and selling a home, rental living is less stressful than home ownership.”

Coffey’s advice? “Don’t throw out the possibility of renting until you’ve done an analysis of your spending and needs. If you rent and invest the money you save along with the sale proceeds from your home, you should be able to withdraw 4% of the principal from a diversified portfolio for living expenses. Depending on the portfolio returns and unexpected costs with owning you’ll come out ahead (over home ownership) for the first 3 to 7 years. Of course, this advice should be taken with caveats such as location, housing market conditions, and length of stay in home or apartment, among other factors. Coffey stresses that disciplined reinvesting and saving is critical to successful renting.