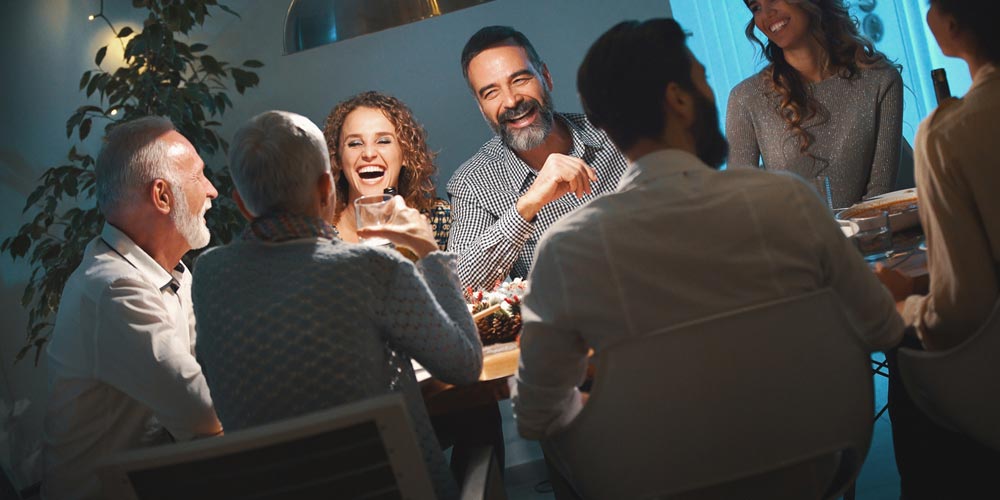 Terms like “The Greatest Generation,” “Baby Boomers,” “Generation Xers” and “Millennials” are bandied about a lot these days. As a demographer who also studies 55+ community housing issues, I find myself getting lost in the ornate tapestry of demographic subgroups. But within our diverse, populous nation, we can make some general assumptions about the major generational markers in America—especially the two largest groups, the Baby Boomers and their Millennial children.  And, we must not forget our veterans. Treplus Communities offers a 5% military discount for our residents.

We know Baby Boomers desire more choices in life, as compared with their parents, who were members of The Greatest Generation (born 1910 to 1924) and The Silent Generation (born 1925 to 1945). Unlike these older generations, who lived through two World Wars and a Great Depression, Baby Boomers are much more apt to enjoy the fruits of their labor—travel, good times with family and friends, adventure.

The Greatest and Silent Generations tend to be more accepting and were savers rather than spenders, sacrificers rather than being self-indulgent But in studying the supply and demand for a variety of concepts ranging from senior apartments, retirement communities, luxury apartment concepts and condos for rent in markets across the country, I have found that members of all three generations—Greatest, Silent, and Boomers, all value their independence. If they can, they will do for themselves as late into life as possible. And by “doing for themselves”, I mean driving, cooking, caring for others, traveling, shopping, entertaining, exercising and generally living life. We need to remember that within each one of these groups, there is a colorful tapestry of lifestyles, viewpoints, incomes and consumer preferences. In the case of 55+ community housing, there is a growing preference for apartments and condos for rent, as opposed to staying in the home as empty nesters, purchasing a condominium or smaller home. These trends indicate that choices, freedom and flexibility are very important lifestyle features. Many types of housing have been developed to enable seniors to live the lifestyles that they choose.

The Greatest Generation, a term coined by Tom Brokaw in his book by the same name (1998) described those who participated in World War II both overseas and on the home front. This population group is more generally defined as those born between 1910 and 1924.  In the book, Brokaw opines, “it is, I believe, the greatest generation any society have ever produced…these men and women fought not for fame and recognition, but because it was the right thing to do.”

Another group that has a lot less traction in demographic salons and reports is “The Silent Generation.”  This group, born between 1925 and 1945, also participated in the second world war, but marginally so. The Silent Generation contributed heavily, however, in the baby boom of the mid-20th Century, and is often lumped into the catch-all “greatest” or “GI Generation” (the moniker assigned The Greatest Generation prior to publication of Brokaw’s bestseller).

Members of The Greatest Generation, or the GI Generation and The Silent Generation are dwindling rapidly, and those of us lucky enough to have one of these folks in our lives value their wisdom and experience, and appreciate their sacrifices.

The aging trend of Baby Boomers (born 1946 to 1964) in the United States is strong and undeniable. The “Silver Tsunami” began in 2011 when the first of the Baby Boomers, for years the largest demographic group in the U.S., turned 65 years of age. Estimates and projections generated by the United States Census Bureau indicate that in nearly every community in this country, the share of Americans age 65 to 74 and 75 to 84 are the most rapidly increasing age groups within the entire age spectrum.

One big issue that will continue to dictate “generations” trends is that the Millennial generation, born between 1981 and 1997 and essentially the offspring of Baby Boomers and Generation X, has now surpassed the Baby Boomers as the largest demographic group in the country. In 2016, the Pew Research Center broke down U.S. Census population estimates and reported that Millennials are 75.4 million strong in contrast with 74.9 million Baby Boomers.

While the Millennial generation continues to flex its muscles in dictating advertising content and forming popular culture, nobody is forgetting about the Baby Boomer generation. As a society are increasingly aware of our aging, our preferences, and our place in the grand spectrum of consumerism and social media. And while the Baby Boomer generation is driving the aging trend in this country, it is also rewriting the rules of what it means to get older. In a sense, Baby Boomers are much like their Millennial children in that they desire experiences and variety in life, and they enjoy renting as way of exercising freedom of lifestyle. Senior housing providers like Treplus are devising new ways of living that enable the 'Boomers to live with more freedom, choices, activities and flexibility than ever before. The concept is much like renting a condominium, with all the luxury and amenities of a single-family home, with the freedom, financial benefits and flexibility of renting.

Age is Just a Number, But It's a Really Big Number of Boomers

Baby Boomers are generally defined as those individuals born after the end of World War II (1946 to 1964). Much has been written about this generation, because many of them came of age in the mid- to late 1960s, a tumultuous time for our country. And countless 'Boomers (Clooney, Clinton, Jobs and Oprah, to name just a few) have helped make our world what it is today. Their participation in the rules of society and politics of the day forged incredible change, creativity, and a brand new sense of modernism in the United States.

“The aging of the baby boomers has created dramatic shifts in the age composition of the U.S. population,” reported Kelvin M. Pollard and Paola Scommegna, demographer and writer, respectively, for prb.org in 2014. According to Census projections, there will be 71.4 million people age 65 and older in 2029 in the U.S. This indicates that these older individuals will comprise approximately 20% of the projected U.S. population, up from 14% in 2012. An estimated 68% of Baby Boomer individuals were still in the workforce in 2012.

This “Silver Tsunami” has impacted the senior housing landscape significantly over the past two decades. New single-story luxury apartments for seniors have been developed particularly for the 55 and older empty nester crowd. Condos for rent attract seniors from 55 to 95 who are seeking a carefree, independent lifestyle close to younger family members. Many markets in the U.S. are underserved by accessible senior housing, and need additional 55+ housing units in a variety of designs and affordability levels.

Senior housing market preferences are shifting right along with the aging population. “Boomers” are moving back to city centers and walkable suburban neighborhoods to enjoy their empty nester and retirement years. Many shun traditional retirement communities and they crave “younger” experiences over possessions, just like their Millennial children.

A LIFEstyle solution for All Types of 55+ active adults

America’s societal fabric is fascinating to study just for the sake of study. Demographers study Census data and trends for the sake of painting an accurate picture of the behavior of the residents of a certain area, presumably to try and help solve that area’s problems or make life better. Demographers like me also do this for various industries. I happen to do it for developers of senior apartments, 55+ communities and retirement communities as well as assisted living providers. And I can tell you that within one generation, whether it be the baby boomers, The Greatest Generation or The Silent Generation, there are dozens of smaller sub-groups that are fascinating to observe and track. The seniors that choose to live in 55+ active adult communities versus life plan retirement communities may seem to share similar lifestyle traits, but their priorities are much different. The former is looking for independence and activity, while the latter is looking for stability and consistency, and is likely to have some health-related issues.

With the advent of luxury apartment properties like Treplus Communities that are 55+ communities for active adult communities offering condo-quality apartments for rent as opposed to life plan retirement communities, the Central Ohio market is becoming more “mature” and advanced in terms of its offerings for 55+ living.

What Generation Do You Belong To?